Spice Up Your Health with Golden Milk

Home  /  Uncategorized   /   Spice Up Your Health with Golden Milk 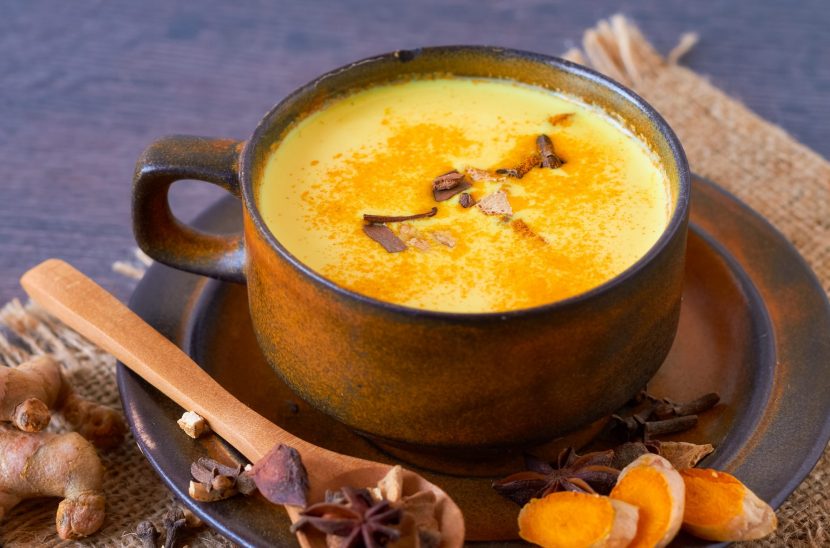 Spring is just around the corner just in time to join the new golden milk craze. The flavorful beverage has recently begun receiving more attention since hip restaurants such as Urth Caffe, Cafe Gratitude, and Jamba Juice reintroduced it to the public. Golden milk is a popular medicinal ancient Indian beverage also known as,  Haldi doodh. It traditionally is served as a blend of hot milk and ground turmeric.

The modern approach now consists of milk or any non-dairy alternative, cinnamon (either cardamom or Ceylon), ginger, turmeric, ground black pepper, and a sweetener of your choice. Golden milk can be served hot or iced, some may even add in boba! The beverage is delicious, but the drink is also praised for its healing, anti-inflammatory properties largely thanks to the spices found in it.

Tumeric has been used in Ayurvedic medicine for thousands of ears for conditions such as joint pain, breathing problems, fatigue, and digestive issues. Now, modern research suggests turmeric has tons of antioxidants with antimicrobial and anticancer effects. Both ginger and cinnamon are also known for their anti-inflammatory and antimicrobial benefits as well. Cinnamon may cut the risk of heart disease and can improve sensitivity to the hormone insulin. Cinnamon also aids in lowering blood sugar levels and has a powerful anti-diabetic effect. Ginger can help ease a cold or the flu. It also supports cardiovascular health.

How is it Made?

Tumeric milk has been modified over the years and depending on your taste the spices will vary. You will need one pot, 8 ingredients, and a total of 5 minutes. Through our organic wholesale Mexican spices, Grupo Canela has created its own unique version. First, you start off by boiling unsweetened oat milk for a creamy base. Next, you add in organic spices which include ground turmeric, ground ginger, ground Ceylon cinnamon. Then, you add a pinch of black pepper which helps turmeric absorb into your bloodstream. To sweeten, you can go a number of ways but we prefer maple syrup. This recipe will be the new silver bullet that will provide golden taste and golden health.

Ouvrir chat
Need help ?
Powered by
Hello,
how we can help you?